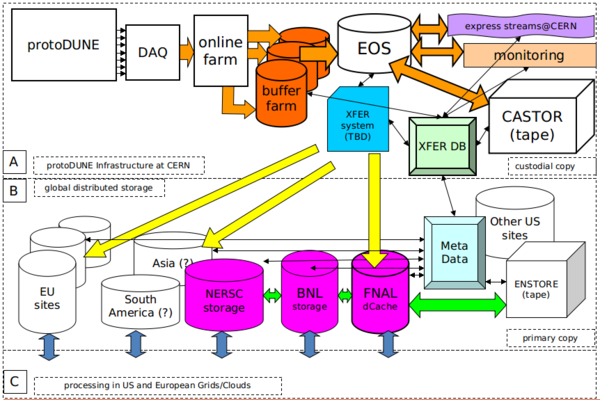 The proposed design of the protoDUNE prompt processing system (p3s) is documented in DUNE DocDB 1861. Technical notes for developers are hosted on a separate page: p3s.